Did you ever have Sushi and cheese in one dish? No? Me either, and maybe it’s better that way. But it’s beautiful to eat cheese in a Sushi style. The idea came up only while shooting the sweet little somethings on appetizer spoons – some cross-over of serving habits came out in the end.

All told, this one is re-inspired by Uda of mittagbeimutti – her blog where she features her most gorgeous lunch meals. She recently invented a very cute Labneh cheese praliné after having been inspired by my flowery Labneh and Paneer the other day. I was fascinated with the spices and the shape of her creation. So here is the next re-creation – maybe we are kind of on the edge of an ongoing Labneh connection ;-).

Of course, anything eaten like Sushi needs a dip. Uda also created some homemade ginger oil a couple of month ago which sounded like a must-have to me. I changed her recipe only in so far as I used sesame oil as a foundation and did not rasp the ginger but sliced it very finely – a little bit like Sushi ginger. What can I say? Well, it is a mus-have indeed.

This one’s for you Uda – I want to say thank you with this little European-Asian fusion for your most beautiful words about my culinary adventures and like to give back the compliments in return. Your knowledge and phantasy with spices and ingredients are a never ending high-end source of inspiration to me – not to mention all the fun. So let’s go on – now that some great iron pans are in the house in Hamburg and Berlin alike ;-).

Here’s some insight to the Labneh cuties: 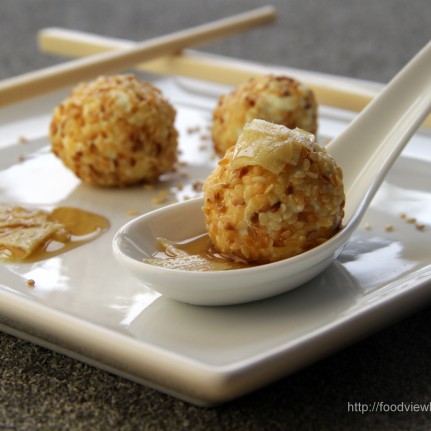 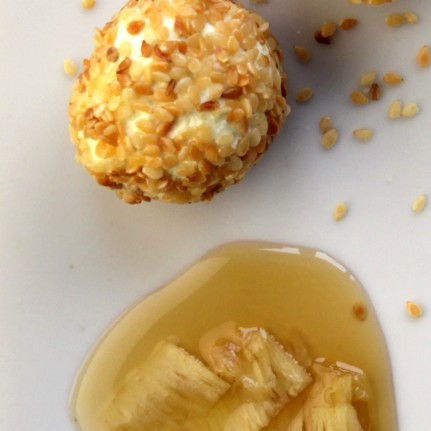 Prepare some Labneh like in this recipe, using sheep’s milk yoghurt instead of buffaloe’s milk and 1 teaspoon of fine curry powder instead of flowers. Cut some fresh ginger into very fine slices (I used my truffle slicer). Heat sesame oil with the ginger slices – don’t boil, just heat. Fill in a glass and put aside overnight. Roast gently some white sesame seeds in a dry pan.

Once the Labneh is finished, roll tiny balls from the cheese. Cover all over with the roasted sesame seeds and arrange on small plates or appetizer spoons with some oil and some ginger slices. That’s it already! Eat like Sushi if you like.

Today’s topic for Arne’s urban shots is different kinds of mobility. Take a look if you like: 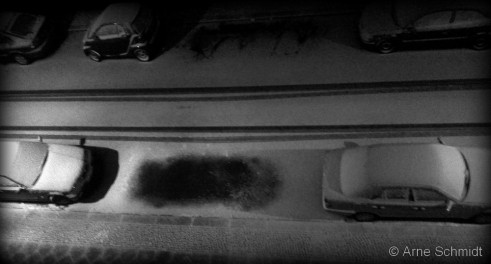